On Tuesday, at GMT 3:30 p.m., the Conference Board Inc will release the month-over-month leading index for Australia. It measures the changes in the level of a composite index based seven other major fundamental indicators.

The CB leading index aggregates some of the other indicator data. So, binary options traders consider this to be an important representation of the overall Australian economy. However, most of these data are already public. So, the CB leading index tends to have a minimized immediate market impact.

Last month, the CB leading index came out at 0.2%. If the positive trend continues, it will have a bullish effect on the Australian Dollar.

On Thursday, at GMT 7:00 a.m., the Swiss Federal Statistical Office will release the monthly trade balance figure. It measures the difference in value between net import and export of goods over the past month.

The demand for export is directly correlated with the demand for the Swiss Franc. So, binary options investors analyze the monthly trade balance in order to gauge the strength of the CHF against other major currencies.

Last month, the Swiss trade balance figure came out at 3.5 billion. The forecast for this month is currently set at 3.55 billion. 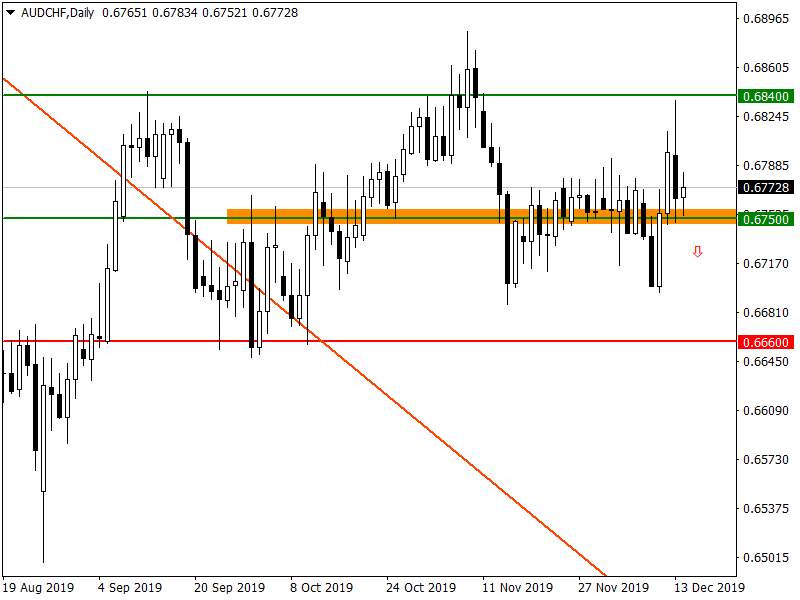 The AUD/CHF broke above the downtrend line back in September 9, 2019. Since then, it remained range bound. Over the last few months, it traded between 0.6660 and 0.6840 levels. Last week, the AUD/CHF once again got rejected near the 0.6840. Consequently, it formed a large bearish pin bar. Currently, it is trading just above the minor pivot zone near the 0.6750.

The Australian CB Leading Index went up by 0.2% last month. But the positive growth remained tentative over the last few months. On the other hand, the Swiss trade balance growth remained stable and it will likely increase again. We believe it would set a bearish fundamental outlook for the AUD/CHF this week. Therefore, if the AUD/CHF closes below the support near 0.6750, it would likely attract additional bearish momentum in the market.

Hence, Australian binary options traders should look out for trading opportunities below this major support level around 0.6750.