On Sunday, at GMT 11:50 p.m., the Japanese Cabinet Office released the quarter-over-quarter Final GDP figure. It measures the changes in the value of all products and services produced by the Japanese economy.

On Tuesday, at GMT 11:30 a.m., the Westpac Banking Corporation in Australia will release its consumer sentiment index. It measures the changes in the level of a diffusion index by surveying 1,200 consumers in the country. 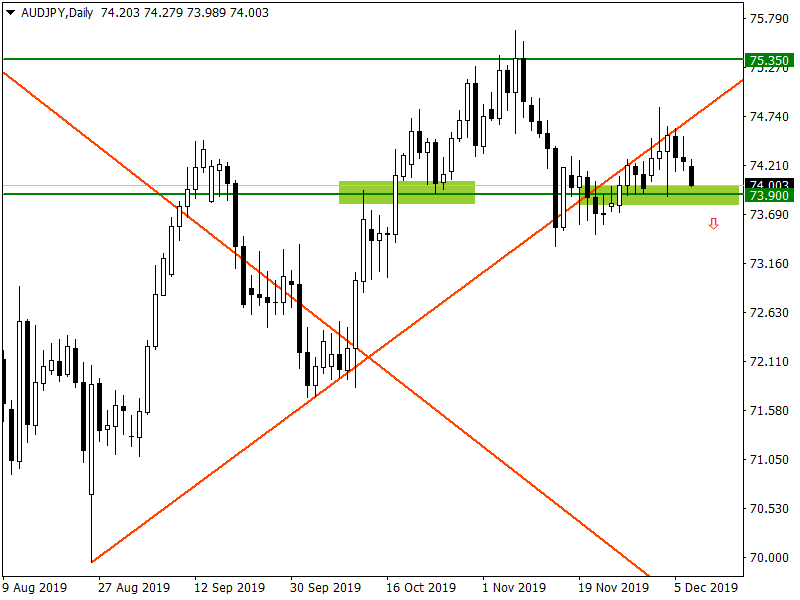 On November 14, 2019, the AUD/JPY broke below the major support level around 73.90. It also broke below the uptrend line on the same day. However, soon it started a bullish retracement. After reaching the resistance near 75.35, it resumed the downtrend. Currently, it is about to test the support near the 73.90 level once again.

The Japanese Final GDP came out much better than expected at 0.4%. On the other hand, the Australian Westpac Consumer Sentiment growth remained erratic over the couple of months. It may not grow or turn negative. In such circumstances, we believe it would set a bearish fundamental outlook for the AUD/JPY this week. Therefore, if the AUD/JPY closes below the support near 73.90, it would likely attract additional bearish momentum in the market.

Hence, Australian binary options traders should look out for trading opportunities below this major support level around 73.90.