Home Forecasts Bitcoin Below $50K Level, So Is The Crash Coming?

Bitcoin Below $50K Level, So Is The Crash Coming?

Bitcoin is still struggling to break above the psychological support level of $50,000 as the asset failed to break decisively and stay below it so far, most altcoins are also colored a bit red on a daily scale, with the exception of Terra which is up over 10%.
Since the massive price crash over the weekend, Bitcoin has failed to make any significant gains and decisively overcome the required $50,000 level.

Why did Bitcoin drop in December 2021? 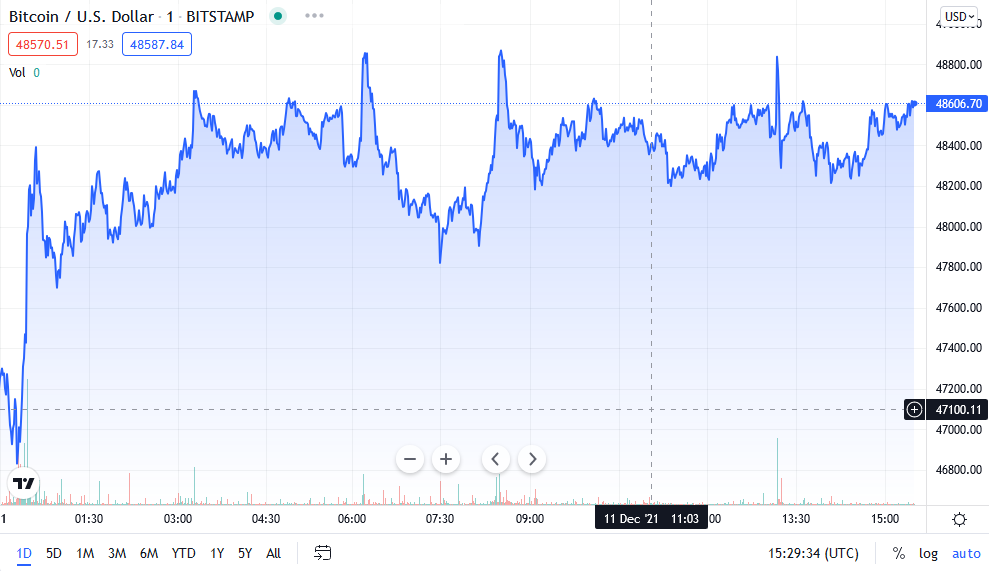 The decline in global stocks due to uncertainty about the new omicron and high inflation extended to the crypto market, along with concerns about further regulation, which sent the price of Bitcoin and a number of other prominent digital assets significantly lower at the beginning of December.

The current Bitcoin trend is not impressive, however, the cryptocurrency managed to reach $68,000 in November for the first time, despite all the setbacks it has faced in the past few months. First, Bitcoin’s biggest influencer, Elon Musk, announced that his company would not accept payments in the leading cryptocurrency due to the environmental damage it was causing. After that, China also came out with a ban on coin mining, which eventually escalated as a blanket ban on cryptocurrencies.
These factors greatly impacted the price of the coin and pushed it down strongly, however, the coin came back with a bang in November and gave hope to investors who believed that the Bitcoin era was over.

After observations of energy consumption, miners and society at large are working to address this concern, many miners have already started taking measures to make the mining process greener, on the other hand, the coin has also come up with a new upgrade to improve efficiency and speed while also facing environmental damage.

The Bitcoin upgrade that will appear in 2022 will also contribute to the continued growth of the currency, therefore, experts predict that the coin has the ability to break its resistance even before the end of 2021.

Many companies and organizations are adding value to their bitcoin wallet in the hope that it will give it an advantage. Recently, MicroStrategy has transferred $425 million in cash in its vault into bitcoin. Besides, many companies are also preparing to pay their employees in digital currency.

On the other hand, the leading digital currency has developed into a major payment model in 2021, and its inclusion in PayPal has opened the door for users to buy, sell, hold and accept bitcoin and other cryptocurrencies as a form of payment. People who used to invest in gold are also trying to invest in the currency. Cryptocurrency is hoping that digital currency will have a better growth rate than metal.