Home Forecasts Bitcoin exceeds the price of $57000, so what next?

At the beginning of this year, expectations increased that Bitcoin would reach the level of $ 50,000 during 2021 when its price was above $ 30,000. At that time, some felt that reaching this level was too far away, and as usual, the Bitcoin currency changed all expectations and surprised many by breaking through $ 50,000, but it exceeded the price of 57,000 Dollars After less than a month of expectations, this is why the leading cryptocurrency is likely to go further in no time.

With Bitcoin reaching over $57000, questions are increasing: What awaits the currency? What is its future and price? We cannot expect the bursting of a bubble or the like, as it happened in 2017, because the situation is different from what it was, as companies and institutions continue to invest in them, and every day we witness more adoption amid optimistic expectations of digital gold. 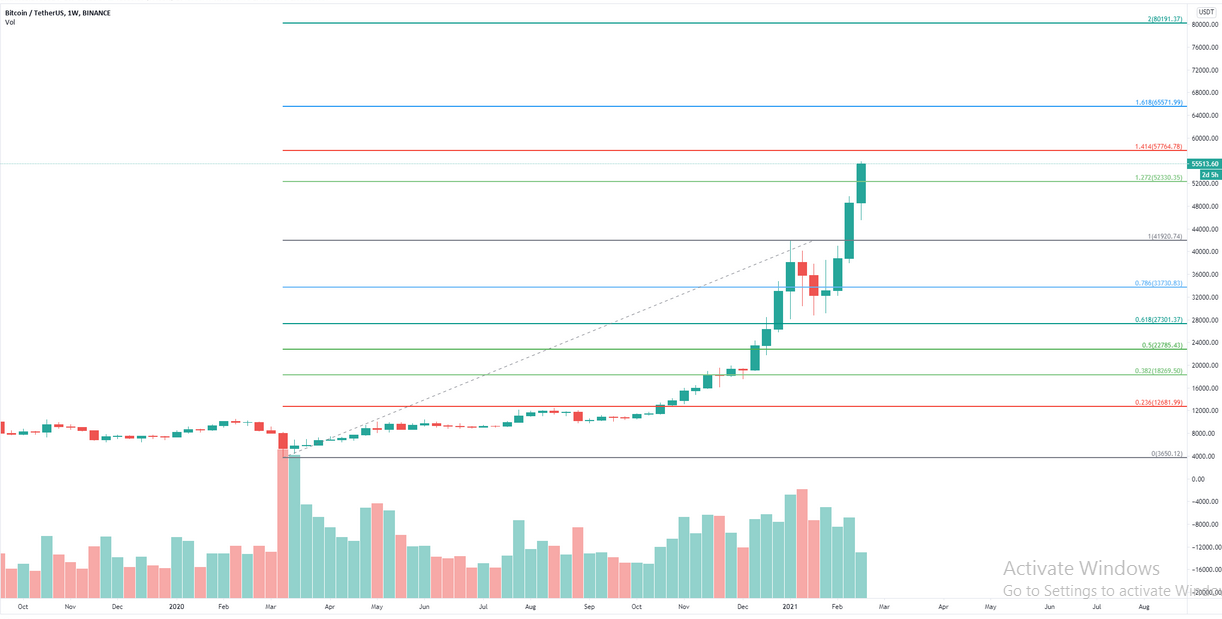 The world’s largest cryptocurrency Bitcoin has reached a very important milestone today, with the price of the digital asset exceeding $ 57,000, with the coin’s total market value exceeding $ 1 trillion.

With a trillion dollars the digital currency has now joined the elite club with a trillion-dollar market value, the likes of Apple, Saudi Aramco, Microsoft, Amazon, and Alphabet A, however, the cryptocurrency is the sixth valuable asset in the world.

A large number of investors and institutions with huge fortunes have thrown their weight on the Bitcoin currency and some have called it Digital Gold.

The big-money AI company MicroStrategy has led the way for many other giants. CEO Michael Saylor has been very vocal and supportive of Bitcoin’s potential as an asset class. Since then, other companies have joined the rally including Tesla, PayPal and MassMutual, and Square

Bitcoin is not a hedge

Moreover, the widespread adoption of cryptocurrency and the increase in institutional awareness that fuels the continuous rise, will only increase the link with cyclical assets that will ultimately lead to the need to invest in bitcoin as part of the diversification strategy.