Bitcoin crossed the level of $ 18400, recording its highest level in three years, however, the cryptocurrency fell to the level of $ 17,400 and then resumed to rise, and is currently trading near $ 17,900, the digital currency fluctuates between a gain of 0.9% and a loss of 2.3% Today. 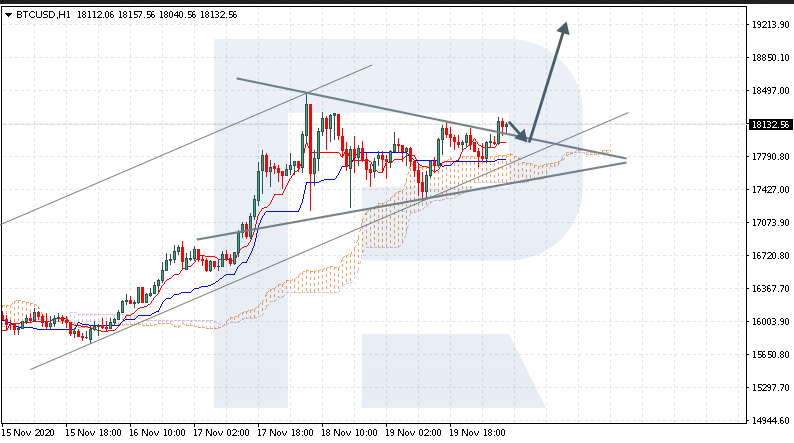 However, the digital currency has come a long way since then, jumping by an incredible 465% from this low. The US dollar decline in the midst of the pandemic helped boost the cryptocurrency. Which is immune to the fundamentals that have plagued the US dollar like US debt. Amounting to $ 27 trillion, continuing quantitative easing, and the lowest interest rates recorded in the United States.

On the other hand, Bitcoin jumped 150% this year alone and advanced 15% last week. Even staunch critics of the digital asset such as GBMorganschas CEO Jimmy Dimon couldn’t ignore it.

Only this week Damon said he is a believer in blockchain technology if not the cryptocurrency itself as long as it is properly supported and organized, and Damon described Bitcoin as a scam in 2017.

Bitcoin has once again become the focus of mainstream media attention as jumped 54% in just one month. Perhaps that may be what has allowed Bitcoin so far to avoid a blanket correction. In addition to buying volumes from institutional investors, demand could also grow between Retail buyers. The truth is that Bitcoin attracted the main attention of major investors after the March crash when it recorded $4,000.

Of course, current highs are not final, and Bitcoin is likely to exceed $ 20,000. The hypothetical retail investor now asks only one question: Is it not too late to buy bitcoin? in fact, it is not too late if there is a willingness to take the risk and watch the massive downturn calmly and then make a small profit. Relatively then waiting for continued growth for some time. It was a really good time to buy in March when everyone was scared.

Technical indicators indicate that the currency is in a very overbought area, and the Crypto Fear & Greed Bitcoin Index has reached 94. This corresponds to the “extreme greed” situation which worries many people, especially since the index was at these maximum values ​​at the end of June 2019. When the cryptocurrency market passed its peak rally and the correction began.

These are factors against the continued growth of the cryptocurrency. However, the market indicators are impressive as the total market capitalization exceeded $ 500 billion. And it should be noted that this threshold was only crossed during the historic rise of the cryptocurrency market in 2017. The Bitcoin dominance index Very high which is currently 66.2%, in December 2017 it was about 63%.

The main focus is now on Bitcoin, but as the number of references to cryptocurrencies in the media increases. Interest in currencies will also begin the alternative is on the rise as retail investors will search for successful investment options at relatively low prices.