Gold prices rebound from the highest level in two months

Gold prices fell during today’s trading session in the European market, to give up their highest level in two months, recorded earlier in trading. Achieving the first daily gain in the last seven sessions, but the US currency is still under pressure from the disappointing jobs data released recently in the United States. 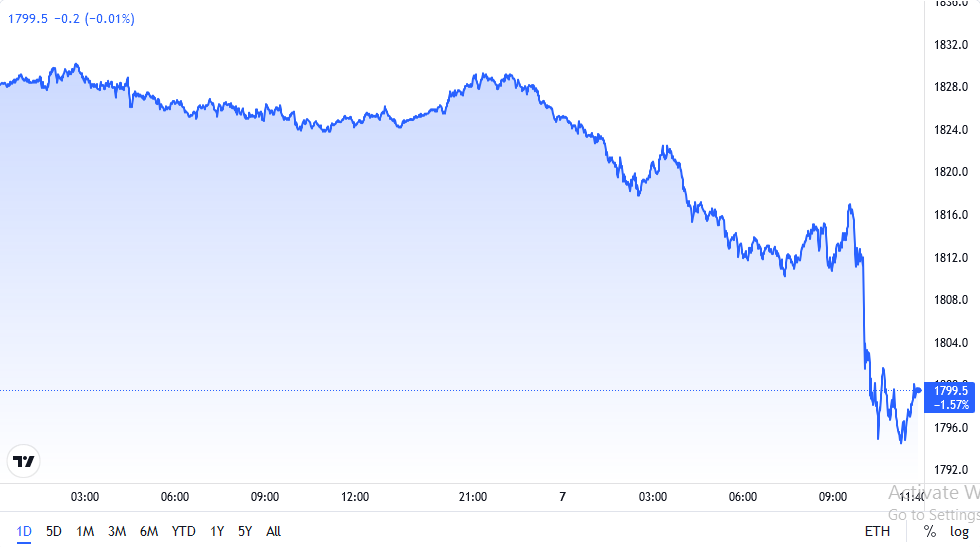 It is noteworthy that the precious metal “gold” had finished trading on Friday, rising by 0.9%, thus hitting its highest level in two months at $ 1834.01 an ounce, after weak and disappointing data on new jobs in the private sector in the United States.

Over the course of the past week’s trading, gold prices managed to achieve a gain of 0.5%, in the fourth consecutive weekly gain, as prices received more support recently thanks to the decline in the levels of the US dollar against most international currencies.

The US dollar is rising again

As for the US dollar index trading, the index rose during today’s session by about 0.2%, to approach towards recording its first daily gains during the last seven sessions, in an attempt to recover from its lowest level in four weeks at 91.94 points recorded earlier, reflecting renewed purchases of the US currency against most Major and minor currencies, which is currently negatively affecting the price movements of gold and other metals priced in dollars due to the existence of an inverse relationship between them.

But despite this recent recovery in the US currency, it is still under pressure from the disappointing jobs data released on Friday, which reduced the chances of the Federal Reserve’s announcement of tightening monetary policy in the United States.

The US Department of Labor announced on Friday that non-farm payrolls increased by 235 thousand in August, which came well below the average forecast of 720 thousand new jobs during the same month.

Federal Reserve Chairman Jerome Powell hinted last month that a strong job recovery was a prerequisite for the bank to begin reducing its asset purchases.

Some investors consider gold the best hedge against inflation that may follow stimulus measures, while low-interest rates reduce the opportunity cost of holding the non-yielding yellow metal.