Oil prices rose during the trading session today in the European market, in the fourth consecutive daily gain, bringing US crude again close to touching its highest level in seven years, and Brent crude from its highest level in three years. This decline came due to the decline in US dollar levels according to the inverse relationship. Between them, prices also received more support recently thanks to the growing concerns about the supply shortage in the market, in light of the recovery in global demand for oil, which contributes to the shortage of energy in major economies. 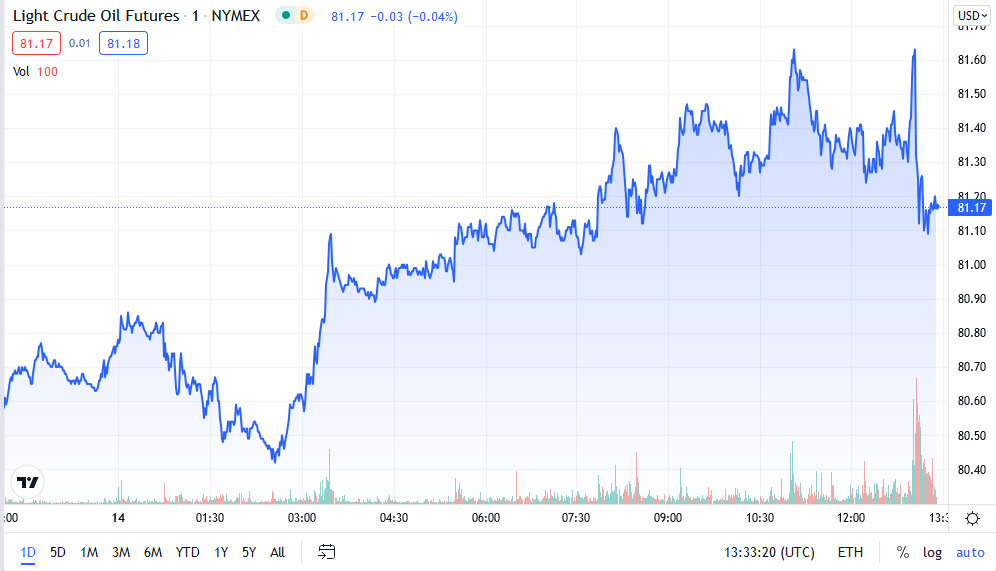 At the conclusion of trading on Monday, US crude managed to achieve a gain of 1.25% for the third consecutive daily gain, thus hitting its highest level in seven years at $82.15 a barrel, and Brent international crude gained 1.3 percent, recording the level of $84.58 a barrel, the highest since October 2018.

Over the course of the past week’s trading, oil prices rose by an average of 4.5%, to record its seventh consecutive weekly gain, within the longest weekly series of gains since November 2020, as prices received more support recently thanks to expectations of global demand for fuel.

The US dollar is falling

The US dollar index fell during today’s trading by more than 0.1%, in the third daily loss during the last four sessions, to give up the highest level in a week recorded earlier in yesterday’s trading, reflecting the resumption of selling the US currency against most major and minor currencies, which currently contributes In supporting the movements of oil prices and the rest of the other commodities priced in dollars according to the inverse relationship between them.

This recent decline in the US currency comes due to the decline in the US 10-year Treasury yield today by 2.5%, to give up its four-month high of 1.636% recorded yesterday, which slowed down the dollar’s ​​purchases as the best available investment.

Other than that, and what provided more support to oil prices at the present time was the growing fears about the worsening of the deficit in the oil markets, especially after the recent decisions of the OPEC Plus alliance, during which they emphasized maintaining the current production policy without approving any new increases in supplies.

Energy prices have risen to record levels over the past few weeks, driven by energy shortages in Asia, Europe, and the United States, and rising natural gas prices are encouraging electricity producers to switch to oil.

For its part, Qatar, “the world’s largest producer of liquefied natural gas,” said on Monday to customers that it could not help mitigate the rise in energy prices and bring more fuel to the market.