Oil prices rose during today’s trading session in the European market, to maintain their gains for the second consecutive session. Plus, with the current production policy, in addition to excluding US President Joe Biden from using the strategic reserves of oil to calm prices. 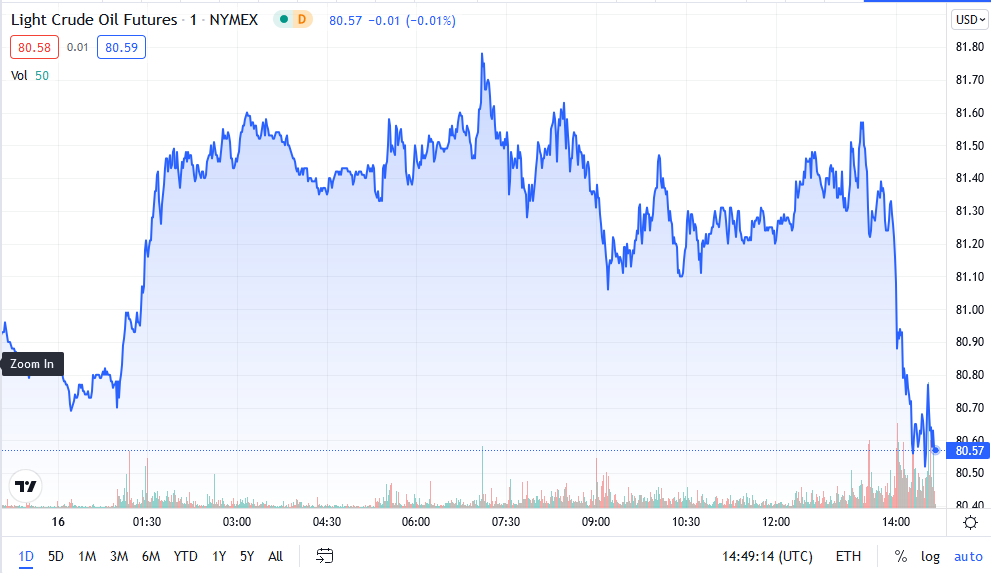 The international crude “Brent crude” also rose by 1.3 percent to the level of 83.12 dollars a barrel, compared to the opening level of 82.09 dollars, and it reached, early in the session, the lowest price at 81.85 dollars a barrel.

It is worth noting that the main reason why prices recorded their lowest levels in two weeks is the growing fears about the decline in global demand for fuel during the remainder of this year 2021, especially after OPEC cut demand expectations by 300,000 barrels.

Last week, the Organization of the Petroleum Exporting Countries (OPEC) lowered its forecast for global oil demand during the last quarter of this year by 330 barrels per day from its estimates last month, while high energy prices at the present time impede the economic recovery from the Coronavirus pandemic.

On the other hand, the Paris-based International Energy Agency said on Tuesday that the recovery in the oil market may slow down, as prices that hit three-year highs last month helped increase global supply, especially in the United States.

Most energy experts ruled out the idea of ​​US President Joe Biden using the strategic reserve of crude to calm prices at the present time and stressed that it is expected to resort to other options.