Bitcoin has seen an improvement in its performance, with its most recent high hitting a three-month high of $46,800, but then rebounding around $2,000 since then, bringing the price of the coin to around $42.7K, an increase of 9.5% over the last few days. Over the past seven days, during the month of July, the value of the leading currency gained about 23.5%.

Since Monday, the total market capitalization of cryptocurrencies has increased by about $76 billion and currently stands at $1.9 trillion.

Bitcoin rises to a new high in 3 months 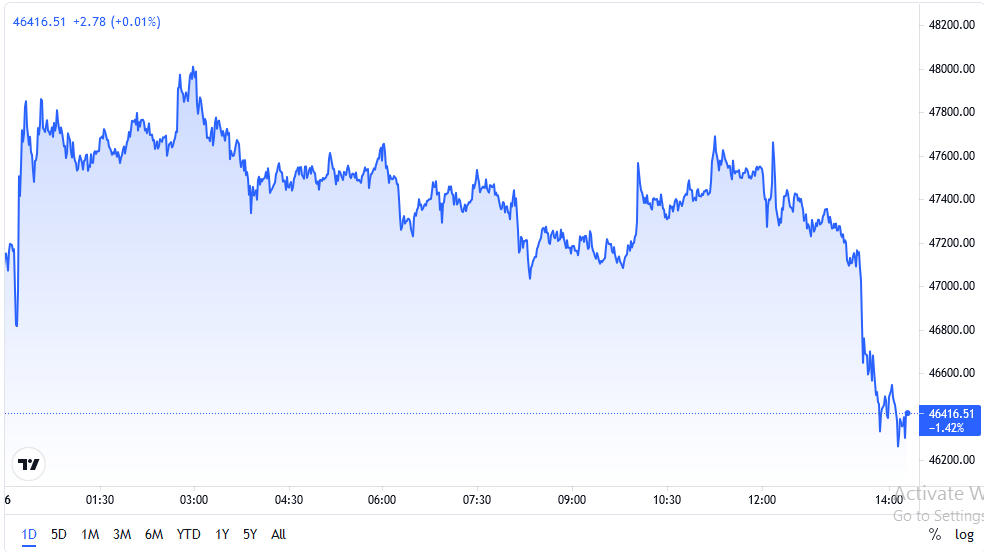 The past few days have been going well for Bitcoin bulls after the asset fell below $43,000 on Monday, and it comes amid controversy from the US government failing to reach an agreement on specific tax legislation on the crypto industry.

However, Bitcoin reacted well to this drop and recovered more than $4,000 in the following hours to a high of $46,800, then traded in a range for a while at around $45,500, but managed to hold and attract more bullish momentum to come back higher. Once again, as a result, it reached its highest price and touched the $46,800 level which is the highest since May 16, however, it failed to continue rising and maintain its momentum and fell back around $2000 after that.

So far, it has recovered some gains to currently stand above $45,000, and its market capitalization has stabilized at around $850 billion, while its dominance has slipped slightly to 45%.

The regulatory tension that has always been a major factor threatening the performance of the currency has not abated, but over the past two years it has not diminished because of it, but the recent regulatory stances by China and the United States have been harsh and more visible, as the United States was on the verge of passing a trillion-dollar infrastructure bill with Amendments that may help the cryptocurrency industry that is under threat not to be considered but failed to pass.

As the US digital currency community has spoken out against these proposed regulations, which would see both those with the ability to report crypto transactions to the IRS for taxation, while in consonance, they have been praised for supporting crypto growth and the entire scenario does not prevent the majority of retail investors from investing in Bitcoin.

The growing interest in cryptocurrencies

Interest in the cryptocurrency market as a whole has continued to grow over the past years, despite the long downtrend that Bitcoin experienced after the end of the 2017/2018 bull market. Digital asset returns are also on the adoption front, outperforming gold and other assets in the financial market.