Home Forecasts Is Bitcoin a buying opportunity after its price surged above $60,000?

Is Bitcoin a buying opportunity after its price surged above $60,000?

Bitcoin broke off the major support level of $60,000 amid a massive recovery in the cryptocurrency market, and investors looking to invest in cheaper alternatives to the leading currency still have plenty of options to choose from.

The benchmark cryptocurrency advanced strongly on Monday to rise above $57,000 for the first time in the past five months, and despite its current limited slide, it is still up about 16% over the past seven days, meaning the coin has held a market capitalization above $1 trillion dollars.

The price of the leading cryptocurrency may rise significantly in the last quarter of 2021, as the current trend of this cryptocurrency is still bullish, and at the moment there is no sign of a trend reversal. 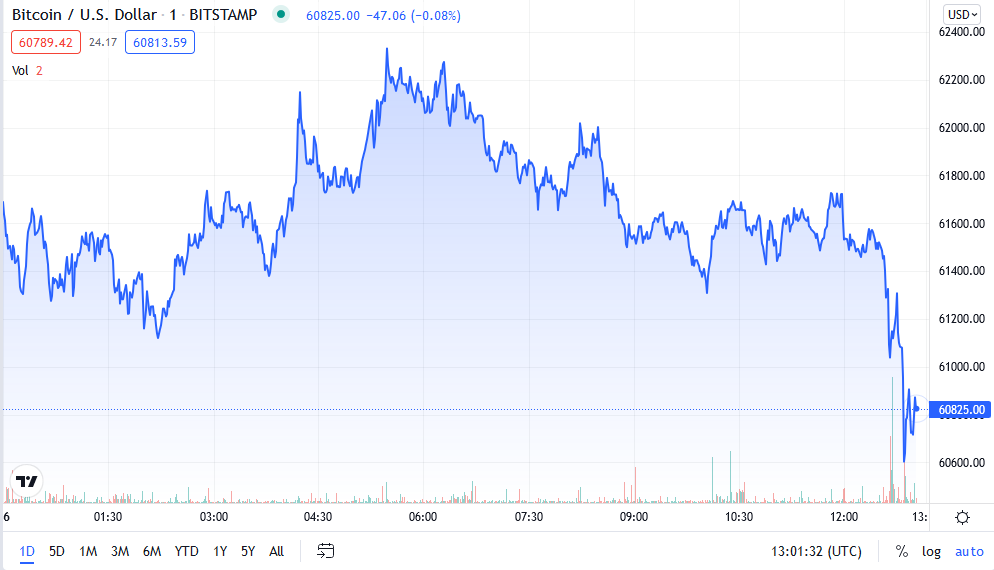 Bitcoin continues to enjoy the support of both developers and user communities, at the same time developers are constantly working on improving the fundamentals of this digital currency, the coin is trading near the $60,000 resistance and the daily volume of this crypto is still high, and it continues to grow after the influx of capital New money to the market.

According to recent research by some related companies, it is reported that institutional investors’ interest in digital currencies is increasing, and recent research has reported that the global cryptocurrency market will reach $4.94 billion by 2030. This is definitely positive news for bitcoin investors, and most market experts predict that the currency Digital could reach $100,000 by the end of the year.

Historically, October has been a positive month for the largest cryptocurrency by market capitalization, with six of the last ten great months for it, and at the moment, everything indicates that the price could soon advance above the $60,000 resistance, Bitcoin has doubled in value Roughly since late June and early July when the price dropped below $30,000 for a moment.

The US position on cryptocurrencies

There is also a positive, supportive reason for the coin that Federal Reserve Chairman Jerome Powell said this month that the bank has no intention of banning cryptocurrencies, indicating that institutional demand will likely continue to grow.

Cryptocurrency market sentiment also continues to improve, with one strategist saying that the price of Bitcoin could rise significantly in the fourth quarter of this year, fueled by high debt in the US and growing concerns about a possible default.

News emerged on Sunday that the US Securities and Exchange Commission has approved an exchange-traded fund (ETF) based on publicly traded companies with exposure to bitcoin.

One of the analysts said the recent boost to the price of the leading cryptocurrency comes as investors focus on a later October deadline for the Securities and Exchange Commission to green-light the ETF-linked Bitcoin futures contract.