The past several days have been going well for the primary cryptocurrency which rose and fell by a few thousand dollars on Monday, after bottoming at $43,300, the bulls regained control of the market and started to gradually push the asset higher. 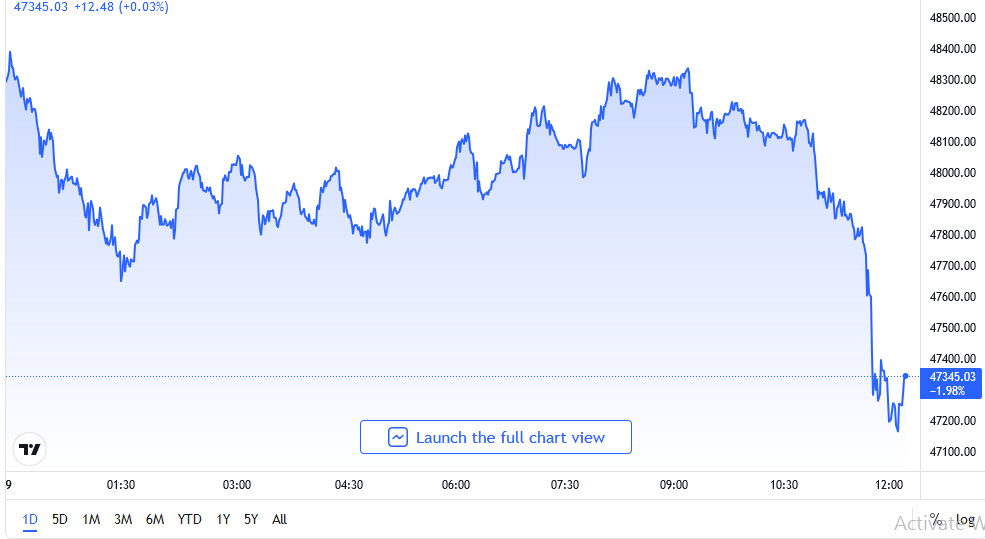 As such, Bitcoin started to recover some of its lost losses and jumped above $48,000 on Thursday, continuing to climb until it reached an intraday high of $48,500.

This became the highest price streak since last week’s massive crash, as the leading cryptocurrency dropped by $10,000 per day.

During the past seven days, the market value of cryptocurrencies increased slightly by 0.7%, showing a decline since mid-Thursday, to end the recovery in the cryptocurrency market after the collapse it witnessed early last week.

The pressures are still there

As Bitcoin failed to break above $48,000, increasing pressure on the benchmark cryptocurrency’s price at current levels will confirm the downside, as sharp selling may start from increasingly lower levels.

However, pressure on the leading cryptocurrency will not be limited to technical or speculative factors alone, as the S&P 500 warned El Salvador of direct negative effects on its credit rating, after its decision last week to officially make Bitcoin a payment instrument alongside the US dollar.

Standard & Poor’s said such action could deprive the country of IMF aid programs and increase vulnerabilities in its banking and financial systems. News such news exacerbates the perception of digital currencies among institutional investors who have been the main driving force behind bitcoin this year.