Home Forecasts Bitcoin recovers to bounce back above $31,000

Bitcoin recovers to bounce back above $31,000

Bitcoin dropped below $30,000 on Monday for the first time in a month and continued to decline throughout the trading day. Hitting the next strong support level around $29,290 amid several attempts to breach that barrier since the beginning of this year. But the coin managed It quickly rose to a peak above $32,700 on Wednesday before currently settling below $32,000.

Overall, the cryptocurrency market cap rose by 7.3% on Wednesday to reach $1.25 trillion, meanwhile, trading volumes are still low compared to their April highs. 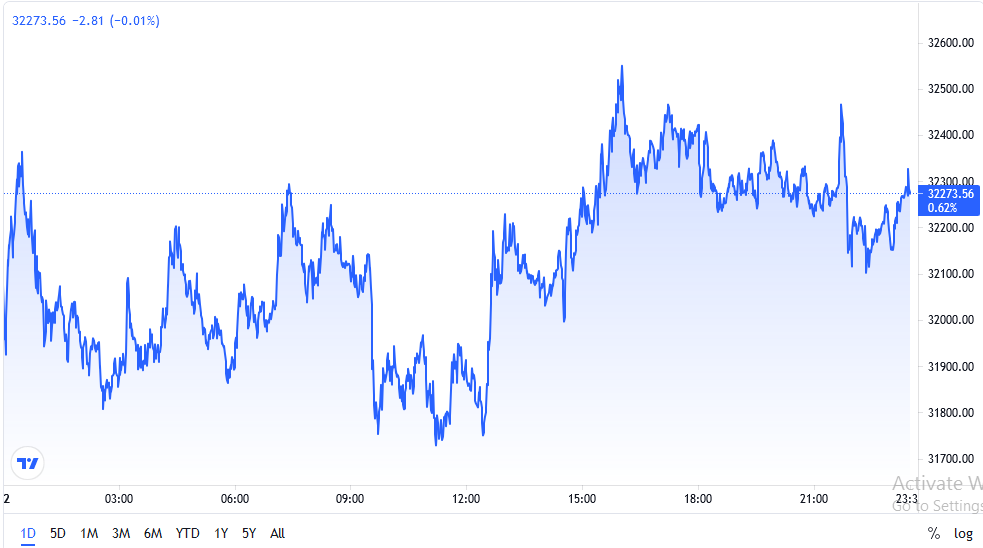 Some market experts see a quick return of the price above the $30K level as a good sign, while a dip below $29,000 has opened the way for stronger declines.

One crypto market expert says that the fact that it broke below such a large psychological level after weeks of testing and did not immediately continue to fall is actually a very bullish sign. And added that it could very well indicate that most of the weak hands have already left the market, and it can be felt Those still on the fence worried about not getting in.

While the top cryptocurrencies are down more than 50% from their recent highs in April and May, large institutional investors continue to benefit from this sector due to the huge interest from their clients.

On Wednesday, the Financial Times reported that Bank of New York Mellon has joined State Street and four other banks in supporting the planned cryptocurrency exchange Pure Digital.

Meanwhile, the news that cryptocurrency exchange FTX has raised $900 million in a Series B funding round also highlighted that institutional investors are willing to bet big on the crypto industry.

On the other hand, more cryptocurrencies were boosted from Wednesday’s Word conference, which featured Tesla CEO Elon Musk with a live discussion with Square CEO Jack Dussury and ARK Founder Cathy Wood.

Musk said at the conference that a company is likely to accept the Bitcoin payment method again if mining operations are carried out using renewable energy. And added that the leading currency appears to be changing dramatically towards clean energy sources in mining operations in order to preserve the environment, and the evidence Many coal plants, especially in China, have already been closed.

Musk added that he wants to make more effort to emphasize repeatedly that the use of clean energy sources, and renewable energy use rates are expected to reach about 50%, and there is a trend towards increasing this number, and if this is done, it is likely that Tesla will abandon its previous decision and accept Bitcoin is a method of payment.