Bitcoin price reaches a new all-time high of $67K, this came on the back of the approval of Bitcoin ETFs for the first time.

To say that last week was interesting, as the leading cryptocurrency managed to chart a new all-time high at around $67K, we saw the approval of the first-ever Bitcoin ETF in the US, the massive crash of BinanceUS, and a correction of nearly 60K dollar.

At the end of last week Bitcoin price traded around $62,000 until it briefly fell below $60,000 last Monday, however, the market has since rallied, culminating in a new all-time high around $67K on Wednesday ( October 20), it was such a huge event for the crypto community that it took the coin about 6 months to chart a new peak.

However, the currency quickly returned to the correction as it lost more than 3% of its value on Friday after reaching an all-time high of nearly $67,000, and is currently trading above the $60,000 level.

On October 20, trading volume increased by 31% which is exceptional for Bitcoin, as its price reached new highs, which gives us confidence that the currency will not simply stop at this level and has the potential to move further if it continues. With this current increase, the leading digital currency is likely to exceed the $70,000 level.

The cryptocurrency market as a whole has been going strong over the past couple of weeks, especially when it comes to the leading cryptocurrency, however, if the price and trading volume continues to rise in this way, it will likely reach new heights. 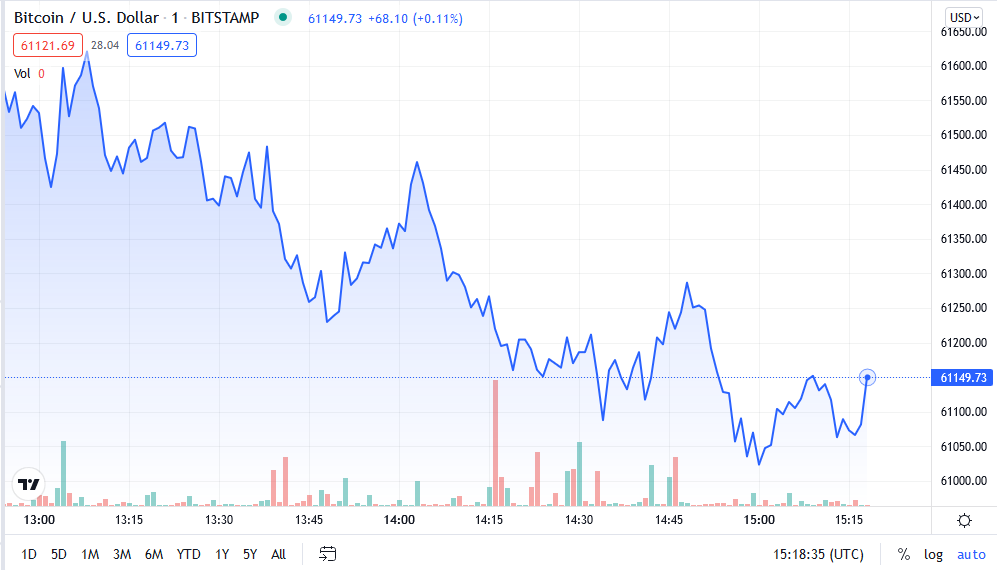 Bitcoin has reached a new all-time high, and this can be attributed to a lot of the hype surrounding Bitcoin ETFs.

On Tuesday, the Securities and Exchange Commission approved the first ETF backed by bitcoin futures, and the product generated more than $1 billion in trading volume, making it one of the most successful ETF launches in history.

Meanwhile, we also witnessed a rapid crash on BinanceUS, which sent the price of the cryptocurrency down around $8.2K per second before recovering, as happened on other exchanges but not that severe.

Should you invest in cryptocurrency now?

To get a better perspective on the token’s growth and potential future performance, we’ll compare this value to its all-time high as well as its most recent performance in September.