Bitcoin rises near $40,000 in best corrective wave since mid-April

Bitcoin extended its gains during the last few days, following a series of positive news regarding digital currencies, bringing the price of the leading digital currency to more than $39,000, and its total market value surpassing the $719 billion level.

Over the course of the past week, Bitcoin witnessed a major positive correction process, as its price gained more than 37%, taking the coin from the level of $ 29,800 to the level of about $ 40,000, and the impressive upward trend represents one of the best positive correction waves the currency has seen since it started the curve bearish since mid-April.

Beginning this week, the leading cryptocurrency had a great week of trading, since the market opened on Monday (July 26) its price has recovered from the $35,000 level to over $40,000, adding more than 15% to its value. 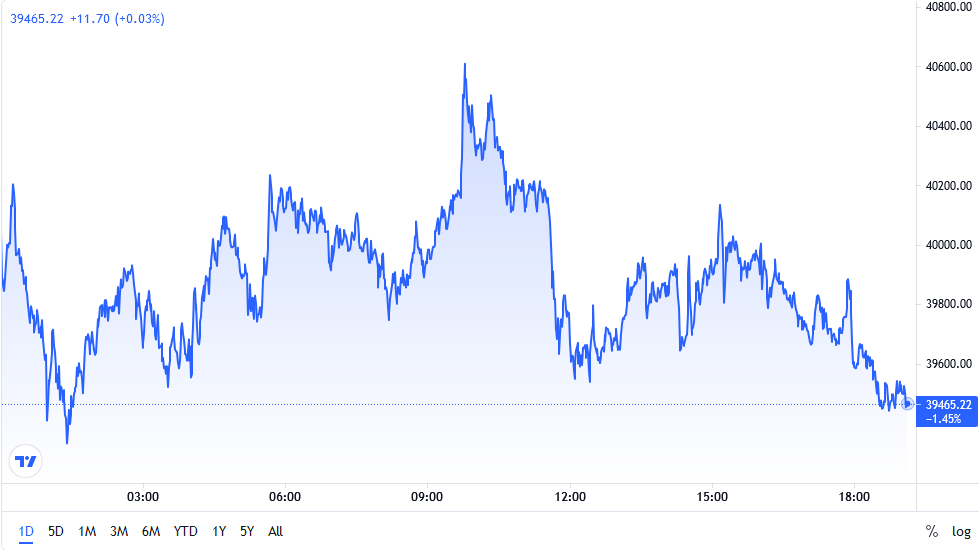 Those impressive gains are largely due to growing speculation that e-commerce giant Amazon is considering accepting bitcoin payments by the end of this year, and in 2022 the internet giant may have its own cryptocurrency.

Factors that contributed to the rise of Bitcoin

The world’s first digital currency rose last weekend, driven by several factors that contributed to those gains, which included a renewed rise in the number of new cases of the new mutant “delta” globally, which would make many countries start to think again to put Gradually more restrictions to limit the further spread of virus mutants, “Anthony Fauci” said that the Biden administration is considering adding a new mask mandate even among vaccinators, there are other countries such as Germany and France that are considering imposing these restrictions soon.

Third, the price of the initial cryptocurrency jumped following the positive statements made by Tesla CEO Elon Musk regarding Bitcoin. Moreover, there are rumors that Amazon will start accepting cryptocurrency as a payment method by the end of the year.