Home Forecasts Bitcoin is back below the $50,000 level but the support remains

Bitcoin is back below the $50,000 level but the support remains

Bitcoin fell more than 8% during trading last Tuesday, after a long period of growth and the expected price to reach $100,000, the upward trend suddenly stopped and the currency collapsed and lost about 20%.

As a result, Bitcoin dropped rapidly from the $53,000 level to $43,000, and despite the fact that the heavy selling stopped even before the price broke the $40,000 support level and the currency bounced back, market participants revised their short-term outlook for it. 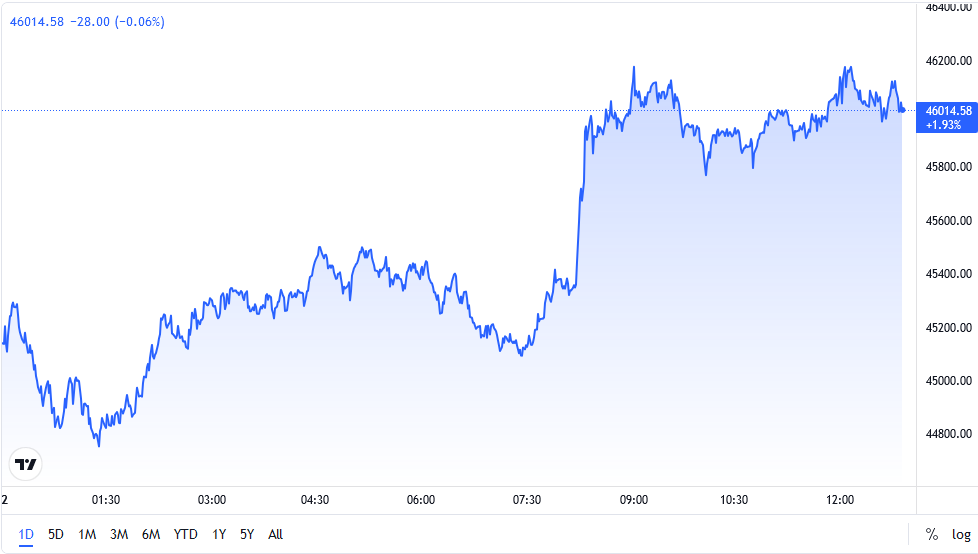 After enhanced volatility and a massive price crash not observed since July when China began a regulatory crackdown on miners, bitcoin stabilized above $46,000, and most altcoins also saw early signs of recovery, with stunning double-digit price increases.

The benchmark cryptocurrency has lost about 1% over the past seven days, and since the beginning of the year so far the coin has gained around 60%.

It was supposed to be called Bitcoin Day when the asset officially became legal tender in El Salvador, but it only brought pain to it, as in a few hours the price of the leading currency fell by more than $10,000 in a few hours last Tuesday.

This culminated in a drop below $43,000, and the entire market also plummeted after the Bitcoin crash, which resulted in a loss of about $330 billion that was completely wiped out of the market capitalization.

But since then the leading cryptocurrency has managed to recover some of its losses and calmed down to trade above the price of $46,000, its market capitalization is still well below $900 billion, having moved an inch away from touching $1 trillion two days ago.

Moreover, the dominance of the most popular currency in the market also slipped to 41% as most altcoins rebounded well in one day.

El Salvador made history earlier this week when it became the first country to officially accept Bitcoin as legal tender, and while society rejoiced at the importance of the news, many say the move has been exaggerated, as the dollar continues to dominate.

Three months after the surprise announcement that the country would adopt bitcoin, El Salvador officially entered the history books on September 7 because it made the digital currency legal within its borders.

Being the first country to do so, it has urged prominent members of the crypto community to highlight the importance of the move, and some have even argued that other countries should follow suit.

However, the move, which has been met with increasing criticism by organizations like the International Monetary Fund, has also expanded outside the cryptocurrency ecosystem, and famous names continue to influence whether or not El Salvador took the right move.