Cryptocurrency is booming led by the Shiba Inu coin

This week we saw an influx of meme coins taking center stage in the cryptocurrency market all led by Shiba Inu (SHIB), meanwhile, Ethereum hit a new peak, while Bitcoin dropped slightly below $60,000.

After yesterday’s massive price drop, the leading cryptocurrency rebounded and recovered well over $1,000, most cryptocurrencies tend to turn a bit green today, with Dogecoin outperforming the rest with a massive double-digit price hike.

There are no dull days in the crypto market, this week was the ultimate proof of that, so let’s start with Bitcoin: 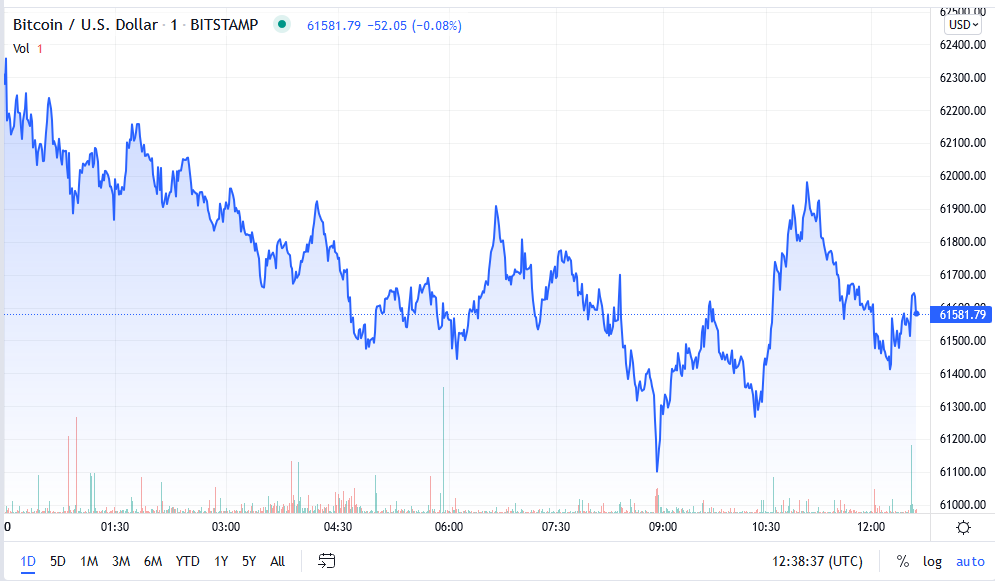 At the end of last week, there were already some signs of hesitation in the bitcoin price which was close to $60,000 as of Sunday, though, and investors stepped in and pushed the price to $64,000 during Wednesday’s trading where it held for about a day, and then we witnessed Two consecutive declines, which led to the price testing support around $58 thousand, but the digital currency was able to recover to rise to about $ 61 thousand where it is currently traded, and as a result, the market value of the asset regained $ 1.1 trillion, but the dominance of altcoins fell to 44.5% After it touched 47% a few days ago.

The current decline in the bitcoin price is healthy for the market structure and makes the uptrend more sustainable, stocks continue to rise, which gives more advantages for the resumption of risky trading, especially since the dollar is still in a downtrend, money is flowing from long-term bonds and turning into fraught assets at risk.

Performance of other cryptocurrencies

Ethereum is the other cryptocurrency taking center stage today, as the price finally managed to break its previous all-time high, peaking at around $4,400.

All of the above pales in comparison to what meme coin has done, specifically the Shiba Inu (SHIB) coin that everyone is talking about now, increasing another 160% over the past seven days and flipping Dogecoin in terms of total market cap, the cryptocurrency has now gone up over 100,000,000% In 2021, which means that a $1 investment will now be $1 million.

It is worth noting that over the nine months that ended in September, the company purchased Bitcoin for an estimated $1.5 billion. They are reusing digital currencies as a means of payment for their products in the future.

Tesla is the second largest company to own the bitcoin, while MicroStrategy ranks first in owning the leading currency, with about 114,000 bitcoins, which are currently valued at about $7.4 billion.

view complete list
Contents hide
1 Bitcoin is trading around $60,000
2 Performance of other cryptocurrencies