EURUSD rose on Tuesday morning in the European market and recorded its first daily gain to trade near its highest level in a month. On the other hand, buying the US currency is slowing down as the best safe and alternative investment, in light of the decline in expectations about the Federal Reserve’s tightening of its monetary policy.

The EURUSD pair traded at $1.1885, up by 0.15% from the opening level of today’s session at $1.1868, and the single currency closed yesterday’s trading stable without any change.

EURUSD is rising due to the US dollar decline 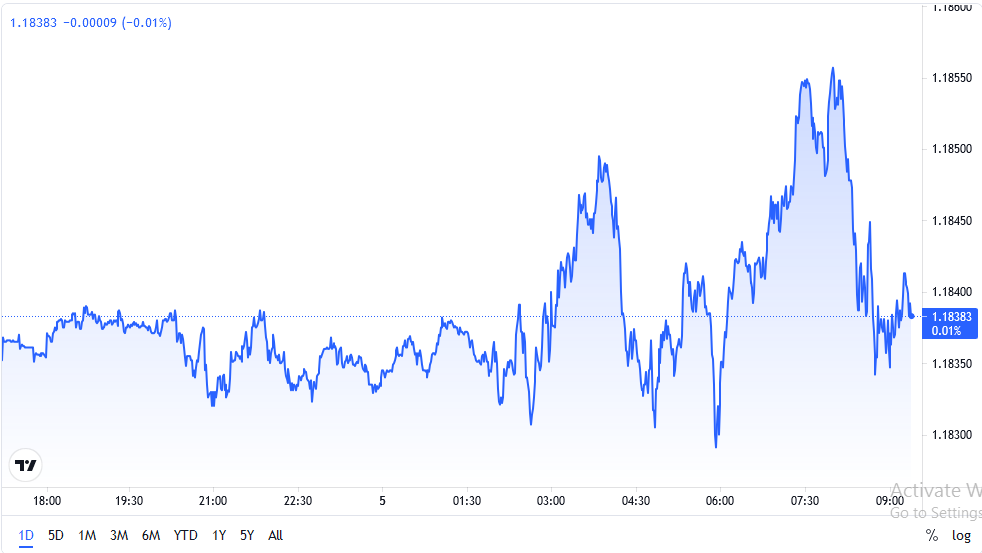 The US dollar continued its limited decline against most of the major currencies on Tuesday morning, recording the second consecutive daily decline to trade near its lowest level in a month.

Yesterday, Monday, the US economy released important data on the performance of industrial activity for the month of July, and the data showed a slowdown in the sector’s growth for the second month in a row, in a clear indication that the US economy has not fully recovered from the repercussions of the Coronavirus pandemic, and this increases the need to continue supporting the US economy from by the Federal Reserve.

In this regard, the Federal Reserve, in its last meeting held last week, emphasized its continued support for the US economy, and Reserve Bank Chairman Jerome Powell said that the call for raising interest rates is still a long way off, noting that the labor market needs more Support until it returns to its fullest capacity it was before.