GBPUSD witnessed a limited decline during trading today, in the European market, and recorded the second consecutive daily loss to move away from its highest level in three years, which is recorded earlier in trading. 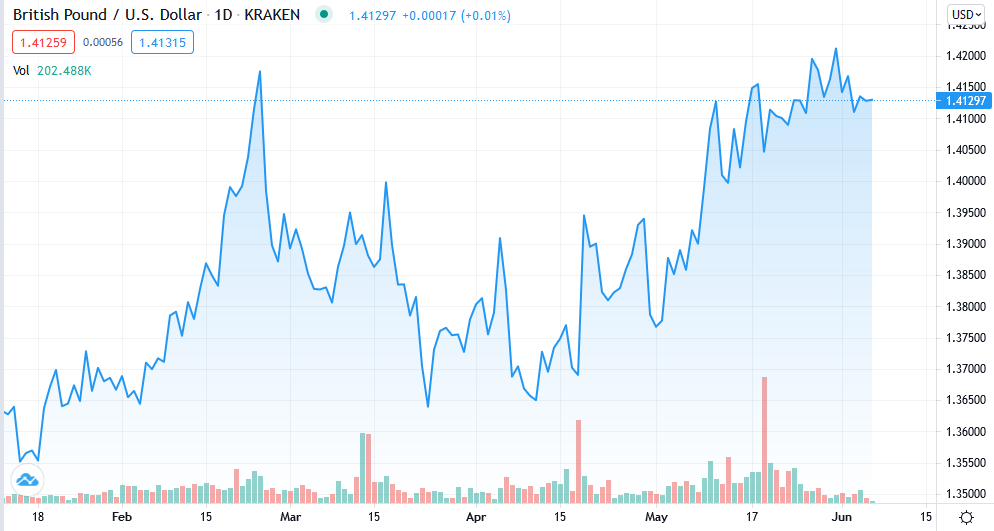 The British pound fell even after the positive data flowed from the United Kingdom, earlier, data showed that the house price index (HPI) rose by 1.8% during the month of May, better than expectations estimated at 0.8%, and on an annual basis the HPI index rose from 7.1 % in April to 10.9% in May, UK housing sector has done well due to low-interest rates and government exemption from stamp duty.

The GBP also reacted lower due to the relatively strong but disappointing British manufacturing PMI data, according to Markit, the PMI fell from 66.1 in April to 65.6 in May, this was less than expectations of 62.8, however, the GBP still remains Purchases are above the 50 expansion area which is a sign that factory activity is doing well.

The biggest catalyst for the GBP/USD is the BoE President Andrew Bailey’s speech, while the speech will not be about monetary policy, traders will want to know more about his opinion on interest rates, this will be a notable speech as it comes after a week of comments.

The pair is also reacting to the upcoming reopening later this month, the reopening is likely to lead to more UK business activity.

One analyst believes that sterling will remain mostly driven by expectations about a full reopening of the British economy by June 21, something that recent government comments have cast doubt on.