GBPUSD continued to rise in the morning trading on Tuesday in the European market, and recorded the fourth consecutive daily gain, continuing its recovery from its lowest level in nine months, in addition to the decline in fears of the fuel crisis in Britain, which led to intervention The British Army, who disbanded it, worked to deliver fuel to the stations. 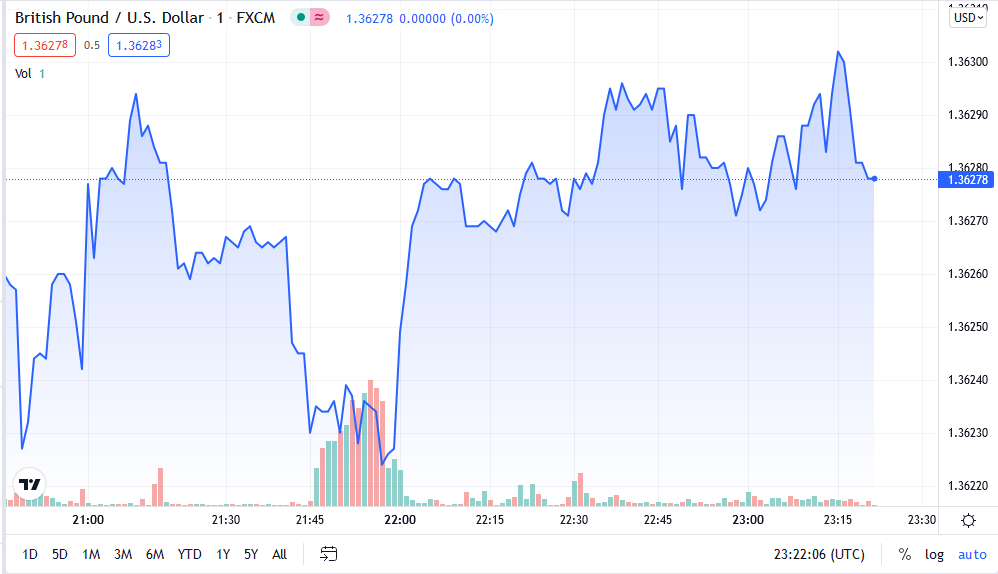 The GBPUSD pair traded at the level of $1.3627, adding about 0.2% from the opening level of today’s session at $1.3605, and the pair closed yesterday’s trading with gains of about 0.5% for the third day in a row, in light of the continuing recovery processes from its lowest level in nine months at $1.3411, which is recorded earlier in trading last week, the pound sterling fell more than 5.5% from its highest level this year.

The United Kingdom faced a major power challenge during the past few days, as many energy providers stopped working, which led to the wholesale prices of natural gas jumping to a record level, at the same time.

The British economy may be in danger