Gold prices fell during today’s trading session in the European market, to continue its losses for the third consecutive session, approaching again from touching its lowest level in two weeks, recorded earlier in the last session, and prices are still heading towards incurring a new weekly loss, the first in a month due to the minutes of the meeting The last of the Federal Reserve. 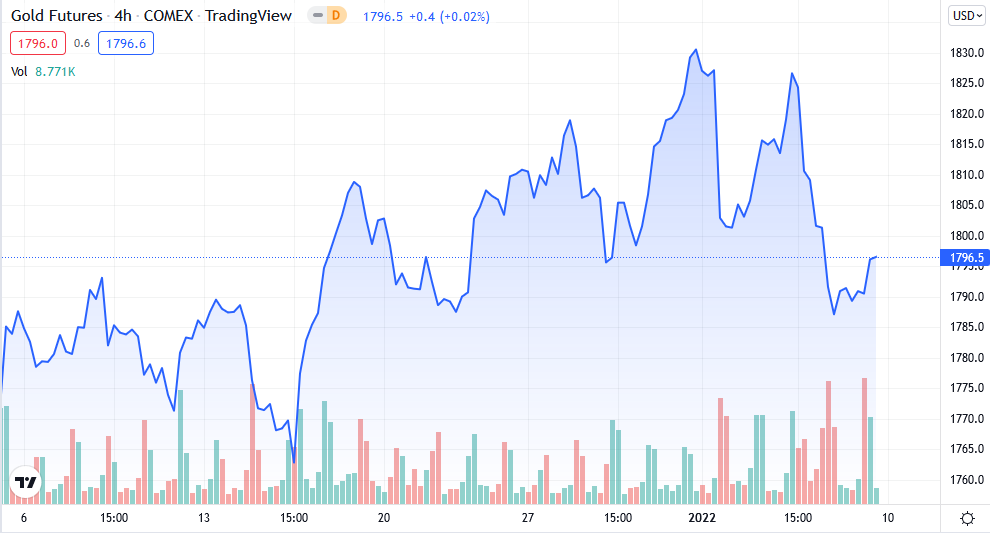 It is noteworthy that the precious metal “gold” had ended yesterday’s trading, down by 1.1%, in the second consecutive daily loss, thus hitting its lowest level in two weeks at $1,786.31 an ounce.

Over the course of the current week’s trading, which officially ends at today’s settlement, gold prices are still declining so far by about 2.25%, approaching towards recording its first weekly losses in the last four weeks, as prices were recently damaged by the issuance of the minutes of the last meeting of the Federal Reserve, which greatly enhanced the possibilities of an increase US interest rates during next March, and push the US long-term Treasury yields to rise to their highest levels since March 2021.

Some investors consider gold as one of the best hedge tools in the face of high inflation, but it is vulnerable to the rise in US interest rates, which increases the opportunity cost of holders of the yellow metal that does not generate returns.

The minutes of the recent monetary policy meeting of the Federal Reserve indicated that bank officials are currently considering a faster than expected increase in interest rates to counter high inflation in the United States.

Members said the “extremely tight” labor market could call for a rate hike as soon as possible, and indicated they might also reduce the central bank’s overall asset holdings to tame high inflation.

All eyes of market participants are currently directed to the new jobs data in the United States, due to be released later today, Friday, for a referendum on more indications about the extent of the labor market recovery in the world’s largest economies, and monetary policy decisions in the near term from the US Federal Reserve.

As it is scheduled at 12:30 GMT to release those data, and expectations indicate that the US economy will add about 426 thousand new jobs during the month of last December, compared to the addition of 210 thousand jobs in November, with the unemployment rate dropping to the level of 4.1% from At the level of 4.2%, average hourly income per capita is also released and an increase is expected by 0.4% from a rise of 0.3% the previous month.